Monroe Silk Mills was formed on April 11, 1913, when Stroudsburg Silk Mill and Stringer merged to form one single textile business.  Officers of the firm included: A. R. J Wallace – president,  F. W. Kimmerle – vice-president and general manager, Chester H. Rhodes – secretary, James H. Arbogast – treasurer, and F. C. Achenbach – assistant general manager.  Of all the people in management, Mr. Kimmerle, a weaver, was the only one that had any familiarity or knowledge in the silk business.  All the others were local business men.  The Treasurer James H. Arbogast was the great grandfather of the current owner Ken Barthold.

At the start of the business, there were only 14 ribbon looms operating on site.  Monroe Silk Mills quickly increased their manufacturing equipment to 132 looms, due to the success of its onsite ribbon dying process.  In 1918, Monroe Silk Mills became a state of the art mill, adding a 150″ L shaped extension to its original building. The mills structure beams were manufactured from the local steel giant Bethlehem Steel, which is no longer in business.  The complex included a dye house and finishing room that contained and used the most modern equipment at that time.   It included a Permutit softener system was used to treat the water for the dyeing and a power generating plant.

American Ribbon Manufacturers is the retail division of Monroe Silk Mills.  From 1930s through the 1960s, the sales offices and warehouses were located in the Empire State Building and Woolworth building in New York City. Currently all business is conducted from the Stroudsburg wharehouse.

During World War II, the entire area was completely fenced off and declared a restricted area.  Our buildings housed the Arbo Machine Shop and produced the projectiles that were screwed onto the tops of the shell casings.  In the Silk Mill, they produced parachute cord and military ribbon.  As a result, the mill was working 7 days a week 24 hours a day with 1 hour off per a week for machine maintenance. 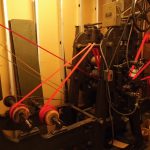 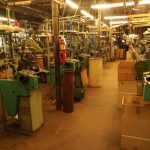 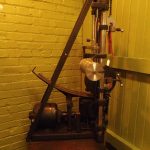 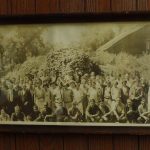 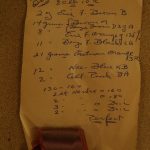 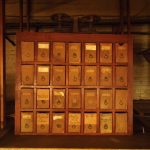 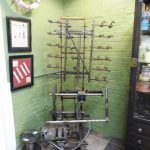 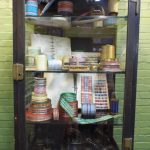 In the years following the war, Monroe Silk Mills manufactured ribbon for Samsonite Luggage, seat belts for GM, military ribbon, ribbon for clothing and crafts, and a selection of patriotic ribbon. During this time James Arbogast bought out his partners and became the sole owner of Monroe Silk Mills and American Ribbon Manufacturers, which still to this day is owned by the same family.  James Arbogast passed the business down to his son-in-law Kenneth W. Barthold, who in turn passed it down to his son Kenneth A. Barthold.  One day the business will then be passed on to the owners son Kenneth Gregory Barthold.

In the 100 years of operations, Monroe Silk Mills and American Ribbon Manufacturers has survived many disasters in its history.

For the last quarter of century Monroe Silk Mills has been producing ribbons for military medals and badges for all wars and awards and patriotic ribbon for desert storm and the bombings on 911. We also produce sash ribbons for organizations such as Knights of Columbus, The Order of The Eastern Star, and The Masonic Order.  We produced ribbon for the United States Postal Service and UPS.

In 1979, the first floor of the main building became The American Ribbon Outlet and Craft Store.  Over the years, it has grown into a complex of stores.  Currently, the building houses Monroe Silk Mills, which still manufactures beautiful ribbon on the second floor.

We sell the ribbon from our retail site and also ship all over the United States and throughout the world.  The retail store, located on the first floor, carries a large selection of ribbon and craft items including and not limit to: wood pieces, paints, Wilton products, jewelry making supplies, beads, Christmas decoration supplies, model rockets, Boy scout pinewood derby supplies, kids crafts, quilling, knitting and crochet supplies, yarn, and the list goes on and on.  For over 18 years we have been offering Engraving, Trophy and Award services to the area. We currently have one of the largest fabric departments in the area.

Just recently in 2009, the building got a facelift to ensure our longevity.  During the process, we replaced our old windows with a similar grid style the windows to the original 1918 windows.  We are currently working on face lifting the retail area to make shopping easier for our customers. 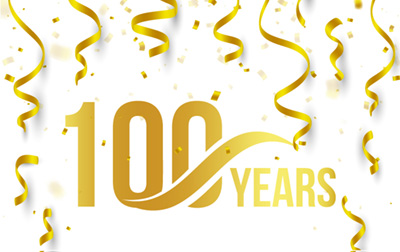 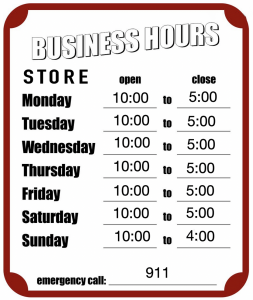